I come from farming ancestry and my grandad was a sheep farmer.  Whilst we didn’t see him very often (he was the other end of the country), when we did we would sometimes go to the farm.  One day when I was quite young, we were visiting in lambing season and got to see a lamb being born which was an amazing experience.

I think it’s important to note here that this is a lamb, not an ewe or a ram.  It is a baby.  And thus, is related to birth, youth, innocence and naivety.  There is also a link here with fertility, and in terms of your own life that may mean pregnancy or it could be ideas, creations and projects being conceived and born.

These new lives are traditionally associated with spring (although I know farmers who had their Christmas Day interrupted by lambing), further emphasising the themes of vitality and rebirth.

The image on this card looks like a peaceful, gentle lamb although if you’ve had the pleasure of seeing lambs, you’ll know that they can be high spirited, energetic and love to frolic which is a joy to watch.

This new life is however vulnerable to predators and to the weather.  They need nurturing and protecting. 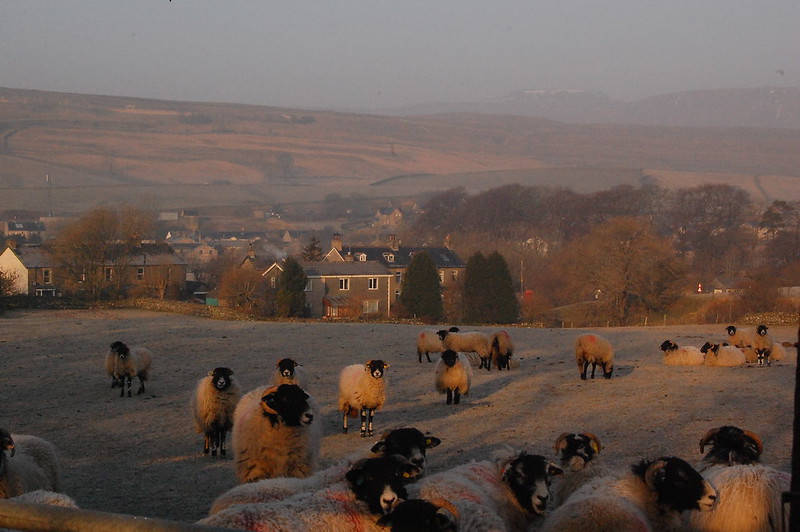 We see the lamb in the bible, symbolising Jesus and reiterating the idea of innocence and purity as well as sacrifice for the good of others.

Jesus refers to his followers as his flock.  Something which now I am thinking about it seems to echo the approach of some churches – encouraging unquestioning devotion rather than individual exploration and thinking.

There is also a history of sheep being sacrificed to the gods.  Probably as they were a provider of resources (food, wool, milk etc) and thus this would have been a genuine sacrifice or loss.

One of the flock

Sheep have a herd mentality, they go with the group, to put it into a more human way of thinking, they conform to the social norms.  Thinking back to the Christian idea of the lamb as a sacrifice, I wonder if that is part of the herd mentality, do they sacrifice one sheep to ensure the safety of the flock?  They have long been domesticated, sacrificing their lives, literally, to humanity but also their lifestyles.

This makes me wonder, who is leading you?  Are you conforming to the norm?  Are you actually going one step further and obeying someone else?  This might just be in one part of your life but it’s an important thing to ponder.  There are times and places where going with the group is the best thing to do but it’s good to step back once in a while and check if it’s making you happy.

Even though this post focuses on the lamb, I wanted to make a quick mention of the ram as it appears as both the symbol of Aries and in the Chinese calendar with contradictory characteristics:

The Ram of Aries is head strong, determined, energetic and virile but also obstinate and hard headed.

On the other hand, those born in the Chinese Year of the Sheep are said to be sensitive, empathetic and creative.

The four of swords adds a lot to my reading of the lamb oracle card.  In the context of tarot, the lamb is channelling peacefulness, mental stillness and clarity.  Just using strength of mind, the lamb is able to hold up the four swords.  The light of life is shining from the lamb and if this was to be muddied with mundane or heavy thoughts, our little lamb would not shine so brightly.