Wow, so much to say about the bee!

Scientists believed that the bee shouldn’t be able to fly based on it’s body size and wing size and weight and such things, and yet they can.  No one told the bee they couldn’t fly and so they did.  If you’ve pulled this card, perhaps now is the time for some seriously strong self belief.

Bees are productive workers and as such are associated with manifesting abundance.  They are another keystone species and as such their role as pollinators are vital to our existence.  Without them, we would not have most of the plants that feed us and house us and fuel our lives.  This role in the web of life links them with fertility and sexuality.

They have sensory hairs which can determine wind speed and direction and they can see UV light which means they see the world differently to us.  Flowers appear even more beautiful for the bee, pause and appreciate their magnificence.

Bees dance to communicate to other bees where food is, sharing both the direction and distance which seems like an awesome way to communicate!

They only live around 30 days and remind us that life is short and we should make the most of it.  Stop and smell the roses, literally if you’re a bee!

When provoked or threatened, angry bees will sting and (depending on the species) die.  They sacrifice themselves for the hive.  Be careful of the consequences of your temper.  If you lash out, you may pay the price.

It is the bee sting which causes people to be fearful of them.  Admittedly if you’re allergic to them you have a very big reason to be afraid but if you aren’t then your fear may be an overreaction.  They are unlikely to sting you and on the whole, whilst painful, it’s not harmful.  Unpick your fears, where have they come from, what’s at the heart of them.

The hive is such an important part of the bee’s life and thus this card.  They function as one organism with the queen as an egg laying machine and the female worker bees having designated roles.  The bee population is heavily female and the few male bees, drones, are there mostly for mating.  Have a look at your own role(s).

The hive works together with the good of the hive as the focus.  Every small job matters and makes a contribution.  What do you need to do for your community?

And yet, busy as a bee can be a bad thing…Are you overworked?  Bees don’t get time off from their job.  Is your job your life?  Your identity? 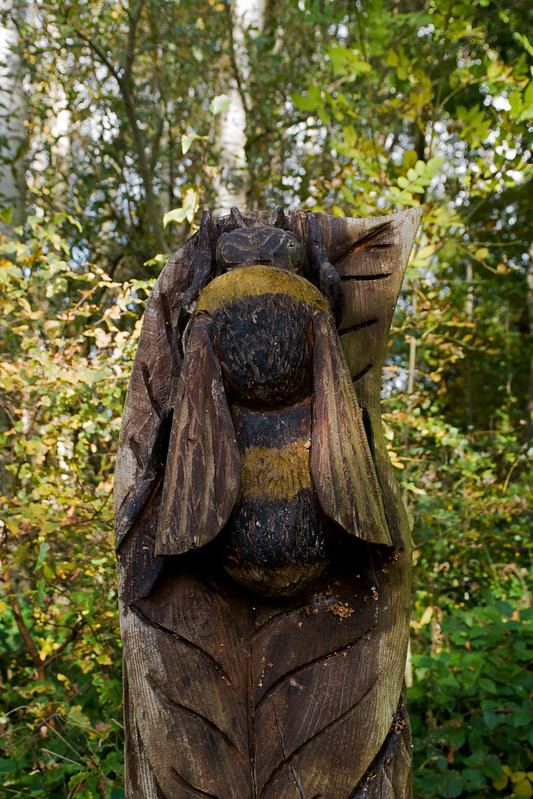 Ancient Egyptians believed that honey was the tears of the sun god and honey was left as an offering to the gods.  Pliny is said to have wondered if honey was the saliva of the stars and Aristotle thought honey was the precipitation of rainbows which bees collected from flowers.

In the past, mead made from honey was used to evoke visions and has long been used medicinally.  We’re all familiar with the idea of honey and lemon for a sore throat, but have you ever asked why?  Well, it has antibiotic properties which help with sore throats and when applied to wounds, it helps with healing, provides moisture which aids the process and the honey acts as a barrier to prevent anything getting into it.

In addition to honey, bees make beeswax which has had an important role in the candles used in churches and in ceremonies amongst many other things.

The bee in the card is shown in a bubble of light, shine yourself brightly, share your gifts with the world.

But it’s not all sweetness and light…

Bees are associated with funerals.  It is said that if you don’t tell the bees when a family member dies, they will abandon the hive and never return.  There are different rituals depending where in the world you are and these include sharing funeral foods with the hive as well as inviting the bees to the funeral.  This may be linked with the idea that bees are quick to take offence if they aren’t treated with respect.

Still on respect, in the past bees were not bought and sold as this was supposed to bring bad luck.

Like the butterfly, they are associated with death and carrying the souls of the dead to the afterlife.

Note, do not watch the bee movie.  It is male-centric and gets even basic bee facts wrong…