In some ways, the snail is very similar to the tortoise.  Both are land dwelling animals with slow paced lives and shells that they can retreat into.  But the snail sees things much closer.  Because of it’s size, it sees the details in the world, the little things, it has an awareness of the minutiae not the big picture.  In this way it reminds me of the mouse.  But where the mouse reacts with fear and alertness and overwhelm, the snail, with it’s slower approach to life takes it all in it’s stride, or slide.

The snail is here to remind us to slow down, slow and steady wins the race, good things come to those who wait and anything important is worth doing properly.  Some see their speed, or lack thereof, as a sign on laziness but not me.  I see it as well paced, in it for the long game, valuing quality over quantity.  Think about “snail mail”.  We are all bombarded with many emails a day and I bet none of them make you smile as much as s single, personal letter.

Their beautiful shell is a testament to mother nature and grows by adding new deposits of calcium carbonate to the edge of the shell opening.  This means the centre of the shell is the oldest part of it and was created when the snail was very young.  When they are fully grown, they often add a thickened layer to the shell opening, a thickened edge.  Mathematically speaking, the spiral is a very important shape in nature because of the efficient way it is formed.  Symbolically speaking, the spiral is a very important shape with a range of meanings:

“The human mind always makes progress, but it is a progress made in spirals.”
-Madame de Stael

Like the tortoise, the snail asks us to consider whether it is time to retreat and rest or time to leave our shells and go out into the world.

Snails have been used in divination including predicting marriage and rain.  When they climbed the stalks of crops, it was said to be time for the harvest. 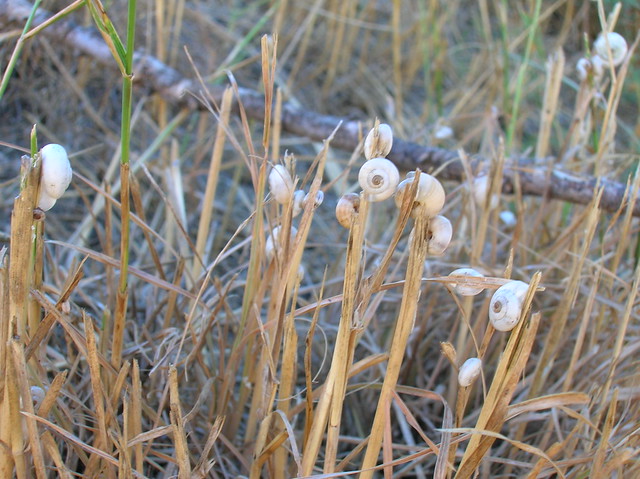 As well as being a source of food in some parts of the world, they have also been used in healing and have featured in a lot of witches magic.

The snail also features on the Rider Waite Smith 9 of pentacles card.  A card which considers what we have accomplished.  It reminds us that we achieve our goals by going slow and steady and taking things step by step.