I will be looking at dogs but first, lets have a look at cats and dogs together, their relationship and cross over areas.  It is a bit random in places but I’ve watched and read some interesting and less relevant things that I’d like to share. 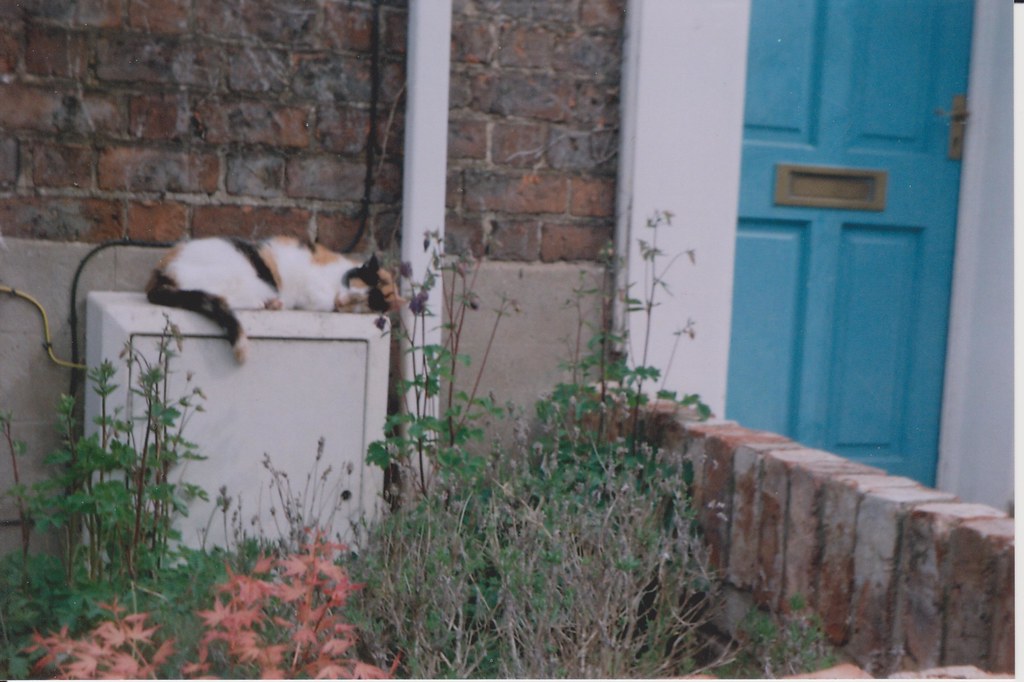 Apparently there isn’t much research about cats and dogs in the same home, instead it tends to focus on one or the other despite the high number of households which have both.  However, anecdotally, we know that owners tend to treat them differently and the stats above back this up.  Where dogs are expected to interact with their owners outside the house in a variety of situations, it is generally the case that cats are not.

You might wonder why cats and dogs always fight, well a story from Taiwan has the answer for you.

Actually, in reality, the idea of cats and dogs always fighting is a stereotype and not true, as owners of both will back up.  When I was growing up we had a cat and then got a dog as well and they didn’t fight and the cat wasn’t scared of the dog, as most cat owners will testify, the cat became top dog.

In a study which looked at the interaction between cats and dogs in the same household, it was found that there was a high degree of amicability.  They stayed in proximity to each other even if they didn’t have to.  75% showed nose to nose contact which is a sign of affection and it has been shown that they understand each others body language, even in cases where what the dog is conveying by doing x has the opposite meaning when the cat does it.  Perhaps predictably, the most successful cat dog relationships occur when they meet when they are young.

The phrase itself apparently dates back to around 1550 when I suspect the relationship between cats and dogs and owners was very different.  As we saw in the post about cats, this was a period in history where pets weren’t common so the dogs were probably kept as hunting dogs or for protection whilst the cats may have been kept for pest control.  It is highly unlikely that they were pampered and food could well have been scarce.  In these circumstances, the relationship between cats and dogs is likely to have been more competitive and less amicable.

Another popular phrase, raining cats and dogs, has a possible origin which is a bit grim.  If you want to venture forth, you can do so at the Phrase Finder.

This is the random part!  Cats and dogs, whilst we often treat them similar, are very different.  Cats are fine tuned hunting machines who capture their prey with skill and finesse.  It’s actually quite fascinating and Dr Frank Mendel talks about it in detail as part of the cats in context symposium.  Dogs on the other hand are much more generalist and, as any dog owner knows, will eat pretty much everything and anything.

Until I started this project, I hadn’t given a second thought to the pet food industry.  Admittedly I don’t have a pet but once I started to learn about it I was shocked.  Do you have a pet?  If you do, have you ever read the ingredients on the pet food or looked at the use by date?  In some cases, the food has such a long date on it that it will outlive the actual animal…

Anyway, before we get on to that, I want to give some context.  I’m including pet food here because it turns out that households with both cats and dogs tend to give them both the same feeding experience.  By which I mean they may have the same food, they may be fed the same amount, and fed in the same place.  But because of the differences in the animals, we’ll see that that is not appropriate.

Because of the above, the type of food we feed cats and dogs needs to have a different make up.  For example, cats do not need carbohydrates in their diet.

How we feed our pets is based much more on emotion than science.  When choosing your pet food, have you read each bag or given up, overwhelmed by choice, and chosen the one that looks good?  You wouldn’t be alone if you did.  And actually, pet food labels are not that easy to understand. Marketers use shiny labels and feel good pictures and words to get you to buy their brand.

The documentary I watched, Pet Fooled, was based on American pet food which seems to be a shocking state of affairs and the UK industry does seem to be better.  When they looked at different brands, the main ingredients were fillers that were not nutritionally needed by the animals.  They also use a variety of words which have technical legal meanings which do not correlate with how the average person interprets them.  For example (in the US):

In the UK, the Pet Food Manufacturers Association, a voluntary membership scheme, is one way of quality checking your pet food.  Their members follow nutritional guidelines and there’s lots of information for pet owners on their website about what different pets should be eating.

Pet foods are subject to stringent legislation in the UK to ensure safe products of high quality. For instance, the legislation covering pet food ingredients requires that when manufacturers use by-products of the human food industry they come from animals slaughtered under veterinary supervision.  The industry has also adopted a number of Codes of Practice which support and in some cases exceed legislative requirements.

So whilst things are better on this side of the ocean, I think awareness still needs to be raised about what we are feeding our animals.  At least have a look at the ingredients and see what it is you’re feeding your precious pet.  Also, whilst we’re looking at advice, in the wild cats get most of their water from their prey so they aren’t natural drinkers, however a dry food only diet may dehydrate them so if you can, feed them wet food too!