This month’s day trip was to the Yorkshire Coast!  We started off in Bridlington with a walk along the promenade and it’s wonderful fragments of writing etched into the stone slabs.  I had a very short walk on the sand which was so nice but very hard work so I quickly returned to the path and the wheelchair. 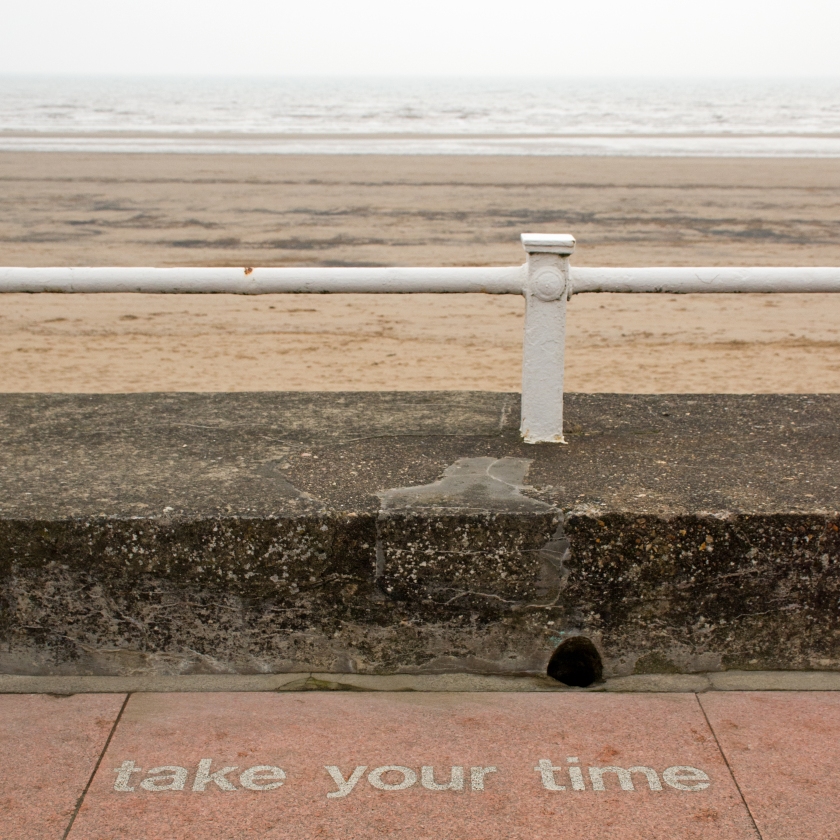 This was followed by lunch in the car next to some bushes filled with chitter chattering little birds, sightings however remained elusive.

Then up the coast a bit to the fantastically accessible Bempton Cliffs where we think we saw Gannets and Guillemots as well as Corn Buntings, Tree Sparrows and Chaffinches.  On the way back to York, we saw a bird of prey, a Kestrel I think, hovering by the side of the road and eyeing up a nice mid afternoon snack!

In terms of weather we had a really strange day!  As we headed to the coast we hit a long patch of dense mist and about a mile from the sea it started to rain but had stopped by the time we parked up.  It was breezy but stayed dry for us.  And then, just after lunch, the light changed and the sun turned into a pinkish reddish ball that looked so much more like the moon that the sun.  As we drove home, the light kept changing and felt so much more like a crisp winter’s day.  I think it was down to sand in the air and such but I’ve never seen it have such a dramatic impact on how the day feels.

During the journey, we passed through a vast array of interesting place names which give hints about what the land used to look like, if you know how to interpret them.  Before we dive into some of the detail, I want to give the example of York to show how place names can be important to us.

From the history of the name we can hypothesise that York was an area of yew trees which was rich in wild boar.  Neither of which are true today but potentially shed light on what the land looked like in the past.

Another example is Salton, which has nothing to do with salt.  Instead, the place name is derived from the old word for willows, sealh.  Despite the draining of the land and the disappearance of the willows, we get a glimpse into the landscape of the past, remembered in it’s name.

York to Bridlington, a selection of place names:

One of the key things you can see by looking at Yorkshire place names is how much more woodland there used to be.

The most useful tool I found for looking into place names was from Nottingham Uni.

2 thoughts on “A journey through place names”