Straightforward question, yes?  Well, according to Wikipedia, there isn’t a universally accepted definition.

“The unconscious wood has a long moment of perfect clarity at dawn, and from being dark and confused, lit from the east it is all clarity, all distinct, seen to be a place of silence and peace with it’s own order in disorder – the fallen trees don’t matter, they are all part of it.”
– Thomas Merton 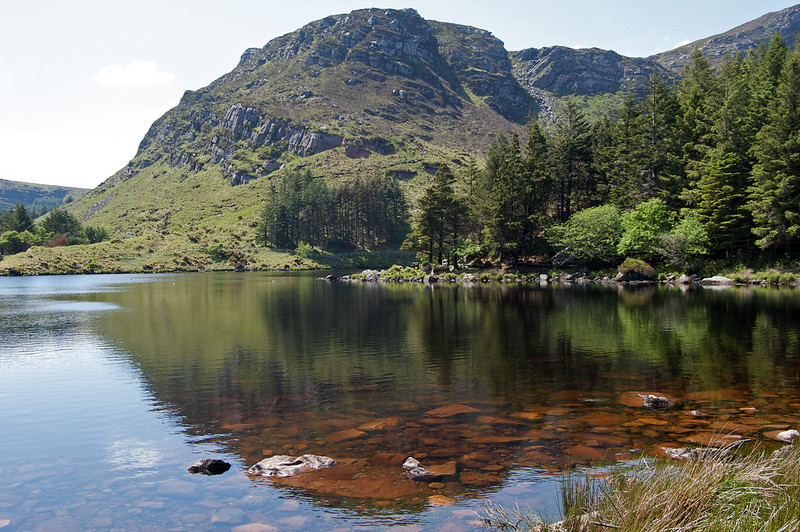 So, instinctively we think we know what a forest is, it’s just a group of trees right?  Well, it’s much more than that.  It’s a community of trees and other organisms which interact within a complex web of relationships as we’ve seen.  Forests cover about a third of the earth’s land and are home to many of the world’s organisms.  They are found in a myriad of climates, there are rainforests, arboreal forests and so on.

There are also different categories.  In the UK, there are considered to be three types of woodland:

Ancient woodland, that is land which has been continuously wooded since 1600, now makes up just 2% of the UK.  And these ancient trees are home to many specialised species.  The trees tend to be hollowed out by fungi which creates a steady temperature and humidity level within the tree allowing rare species to live there.

Forests, like plants in general, are critical to human existence.  We came from trees and we rely on them.  They influence weather and climate, act as huge carbon sinks, produce 60% of the world’s oxygen and filter dust and harmful bacteria out of the air we breathe.  Forests lead to increased soil fertility, they hold the soil in place, they provide shade and moderate the wind.  They offer protection from avalanches, they reduce noise and they are home to many important species.

Inside a forest, temperatures are often a little cooler but they are always steadier, there is lower fluctuation within a forest.  But here I am talking about forests as if they were homogeneous estates.  All forests are different and within each forest are layers of specialised habitats.

Canopy – Here, the tallest trees eg oak, ash and beech reach up with long branches and leaves.  We know very little about life in the canopy as many of them remain unexplored.  However, we do know that the canopy layer plays and important role in forest life.  They affect the weather in the forests, they contribute to nutrient cycling and provide habitat for plants and animals including birds and insects and some mammals.

Sunlight and rain reach the canopy before any other part of the forest making it potential warmer and wetter than below, although the rain is not trapped in the canopy layer as it is further down so it’s less humid than the forest beneath.  The canopy, as well as increasing humidity, also blocks light and wind from reaching the forest floor affecting the microclimate of the entire forest and thus what can thrive there.

Understory – Just beneath the canopy are the tops of shorter trees and shrubs which can survive with less light eg hawthorn and hazel.  This layer of forest tends to be more humid than the rest and so it doesn’t dry out as easily.  These conditions are great for ferns, mosses and fungi which flourish here.  Again, in terms of animals, we’re looking at birds, insects and some mammals.

Herb/field layer – This is where we find the ferns, grasses and flowering plants which cover the forest floor.  These plants tend to bloom in early spring so that they can utilise the sunlight before the trees grow their leaves and the canopy makes the forest darker.  Here we also find herbivores which eat the plants, such as rabbits, and creatures which eat the herbivores, such as foxes.

Ground layer – This layer is full of dead matter such as rotting leaves and fallen branches.  It is also home to fungi and a variety of insects which help the decomposition process.  This releases nutrients into the soil which the trees and other plants take up.  It is where we find spiders and beetles and ants, hiding in the dark forest floor.

The forest floor acts as a bridge between the life above ground and the live below ground.  Without the important nutrient cycling which occurs on top of the soil, the forest would have little food and hence little life.

Underground – There is also an underground layer to the forest where roots compete and worms and moles churn through the soil.  Badgers and other mammals dig their dens into this layer.

Forests are busy places which are always active, day and night, all year round.  They are complex and intricate, they are inspiring and captivating.  As we’ll see over the next few days, forests are integral to our culture as well as our survival.  They are places of solitude, places of fear, places of restoration and places to hide.

One thought on “What is a forest?”