Despite individual trees bearing their own map of history, it is hard to find out much about the history of forests.  It isn’t clear whether an old tree is the remnants of an old forest or whether it stood alone for a long period. What we do know is that the forests of England have changed a lot over time. 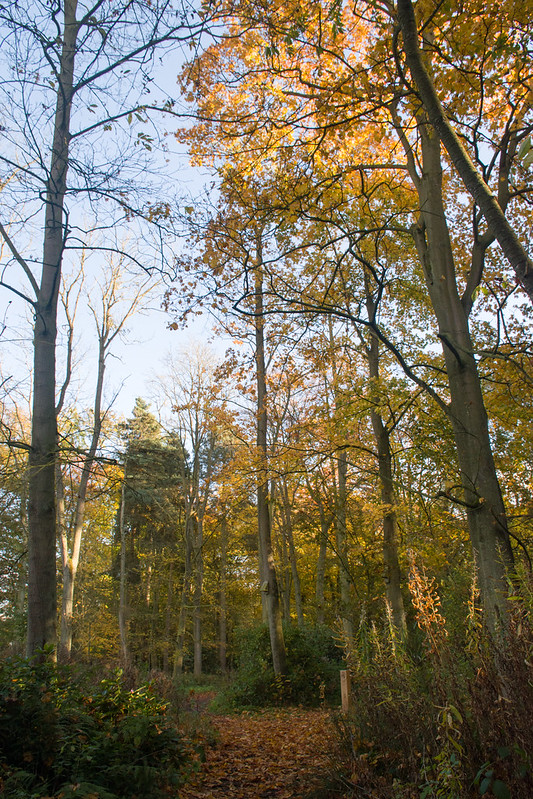 10,00 years ago – Following the ice age, forests of birch raced northwards, chasing the retreating glaciers.  Pine and hazel followed, then oak, alder and lime, then elm and ash.  And whilst we might think of oak as the quintessential English forest tree, it was lime which dominated.

9600 – 4000 BC – Mesolithic people cut trees down for boat building. Around 7000BC holly, maple, hornbeam and beech arrived in southern Britain, just before the land link to Europe disappeared and turned Britain into an island.

2300BC – AD 43 In the Bronze Age and the Iron Age, fire was increasingly important as a means of creating, not just for warmth and cooking.  The Iron Age people also had better equipment for farming which meant more land could be cultivated and used for grazing.  This meant trees were felled and forests were converted to arable land.

43AD – By the time the Romans made it to Britain, over half of the trees had already been cut down.

A Roman historian from the 1st and 2nd century wrote that the druid grove was “the centre of their whole religion.  It is regarded as the cradle of the race and the dwelling place of the supreme god to whom all things are subject and obedient”.  For the druids, trees were holy and venerated, sacred and respected.

“There is one long stretch where the big trees have been protected and saved – like a completely primeval forest.  Everything from the big ferns at the base of the trees, then dense undergrowth, the long enormous shafts towering endlessly in shadow penetrated here and there by light.  A most moving place – like a cathedral”
– Thomas Merton

As Christianity came along, these places were increasingly considered to be part of old religions and at odds with the new beliefs.  Fragments of old tree deities would seep through in the form of evil spirits.  Forests and the church would battle against each other with the forests representing the last strongholds of the old religion and acting as a retreat from a church dominated world.  As we’ve seen over and over again, this tends to result in the the symbol of the old ways being persecuted and tarred with associations with the devil and demons.

With the arrival of William the Conquerer, came the Forest Law.  This proclaimed that any land the crown fancied could basically be theirs.  Primarily the woodlands claimed were for hunting and made it off limits to everyone else.  Allegedly if you were caught stealing or killing from the forest, your punishment could include mutilation, including the removal of your eyes and other unmentionable parts.

Whilst this did of course cause a lot of trouble, it did protect areas of ancient woodland from agriculture.  And it provided a space where, as Sara Maitland puts it, “the illegal could become the heroic”.  To resist the forest law wasn’t going to cause harm to your neighbours but was instead a crime against the institution.

In the middle ages, villages and towns ate away at the forest and timber was used for fuel in the home but also in almost every industry – building, rope making, as fuel for furnaces etc.  Forests were being portrayed in literature as places which harboured secrets and dangers, overgrown and unkempt.  Wild places.  Places of the unconscious.

“As the loss of trees mounted, the forests receded into the human unconsciousness, only to be revealed through artistic expression”
– Tim Wenzell

In 1717, John Manwood noted that “the woods were, by degrees, destroyed, especially near houses… wild beasts retired to those woods which were left standing, and which were remote.”  Because of their distance from mainstream society, forests became places were outcasts went to live, those who were persecuted such as people with mental illness and disability.  The forest was a place outside the law, outside of civilisation.

By the romantic era, the idea of nature at odds with the church and hence problematic, had started to change.  As we see in poetry of the age, nature was being revered and admired, but the forest remained mostly untouched.  Writing focused on fields and streams and flowers whereas the forest was a place to be tamed in order to fuel the industrialisation of the day.

By 1905, forests and woods covered just 5.2% of England, compared to 15% in 1086.  And this would pose a problem.  The first world war saw an increased need for timber for ships and England had come to rely heavily on imports.  The second world war and increasing development and suburban growth has impacted further on forests.

However, forest management and plantations mean that today we are seeing changes.  In 2011, the International Year of Forests, a report from the Woodland Trust said that England had 9.9% cover.  Whilst this is low globally, it is a large increase from 1905.

Whilst a history of forests might seem a strange topic, it is an interesting lens through which to consider history and it is important in shaping our thoughts and feelings about forests which in turn shape our stories, the focus of next time!

One thought on “A history of forests”