Of course, forests don’t just feature in fairy tales, we find them in nursery rhymes, poems, stories and folklore.  We have trees as metaphors, trees as symbols and trees with deeply embedded beliefs. 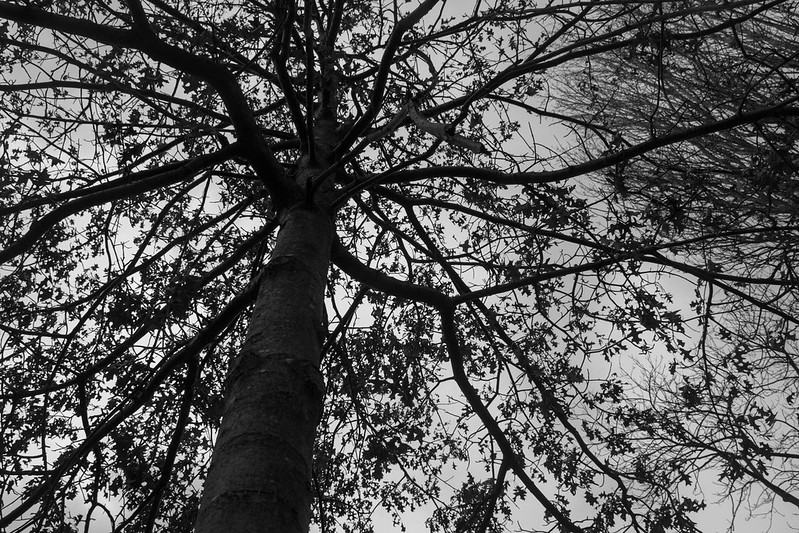 Trees as metaphors and symbols

Perhaps the most obvious tree metaphor is not being able to see the wood for the trees, but we also have family trees and deadwood and branches of study.  As well as all the other plant metaphors.  Not quite trees, but we have hedgefunds and we have leaflets.  We have the tree of the world, the tree of life and the tree of knowledge in some form in most cultures. We have holly trees, ivy and fir trees to represent Christmas and tree hugging needs no explanation as a representation of environmentalism.

Trees have made it into sayings and proverbs throughout the world.

“Though a tree grows so high, the falling leaves return to the root.”

“A tree falls the way it leans.”

“A seed hidden in the heart of an apple is an orchard invisible.”

“To Plant a Garden is to Believe in Tomorrow”
– Audrey Hepburn

From a folklore perspective, we find trees as wise advisers, as teachers, as storytellers as well as gateways to other worlds.  In Germany, it was said that babies came from hollow trees and elsewhere holes in trees were thought to be doorways to the spirit world.  In some African cultures, trees can be seen as a connection between man and god.  Trees are often markers and a number of traditions respect the trees as “standing people” who can offer help and to whom offerings are made. 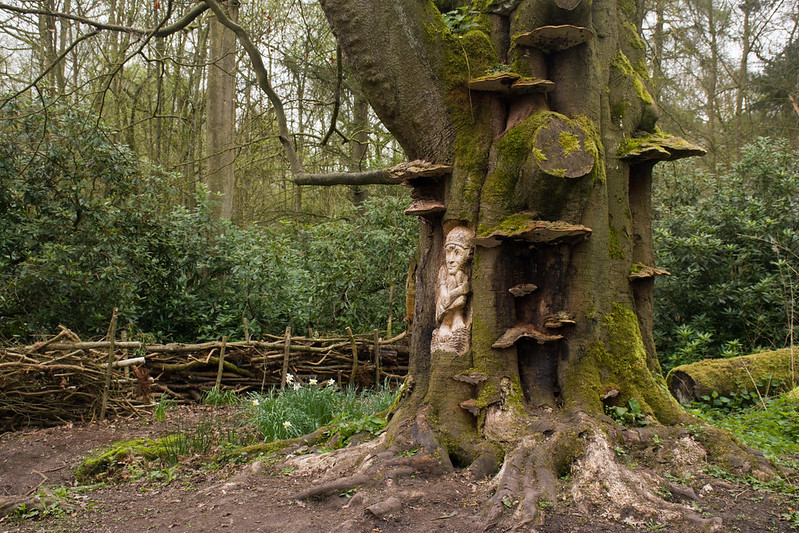 The Tree Ogham is an ancient druidic system of tree lore which is thought to have been used as a form of written communication.  Each symbol is linked to a tree and contains within it a wealth of knowledge.   For more about individual trees, or to get a sense of the wealth of information held in folklore about different species, have a look at my plant spirit posts.  My tree oracle cards also give an idea of the depth of symbolic meaning you can find in trees.

From Enid Blyton’s The Magic Faraway Tree through to The Day of the Triffids, trees are found in books and stories.  Sometimes they are settings, sometimes characters, sometimes symbolic.  In the legends of Arthur, Merlin is turned into a tree, a way of imprisoning a character by limiting their movement.  Lord of the Rings has a cast of trees as does the land of Oz. 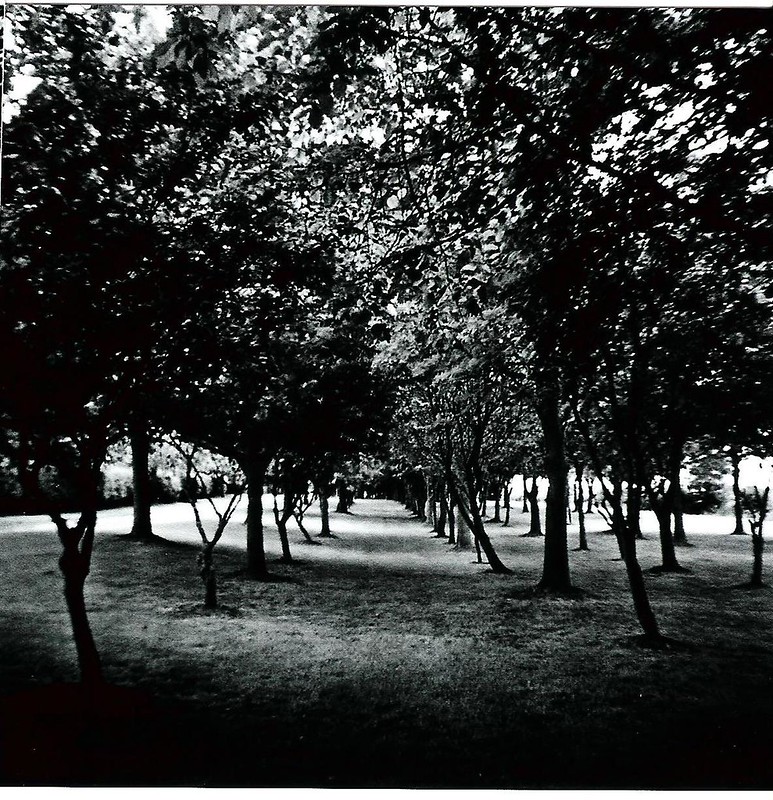 Forests are often used, as in fairytales, to denote a dark, chaotic place, such as the forests which surround Dracula’s home and in Dante’s inferno.  There are the forests of Macbeth and A Midsummer Night’s Dream.  In her Wonderland travels, Alice finds herself in a forest.  Forests are  home to the Gruffalo and in the Wind in the Willows, the forest is a terrifying place to be avoided.  And where would Robin Hood have been without a forest to hide in?!

Of course, not all forests are malevolent, there is the much friendlier 100 acre wood, home of winnie the pooh where the bear himself resides in a tree and his little friend piglet lives in an oak.  And Enid Blyton’s Faraway Tree is magical and filled with interesting characters. 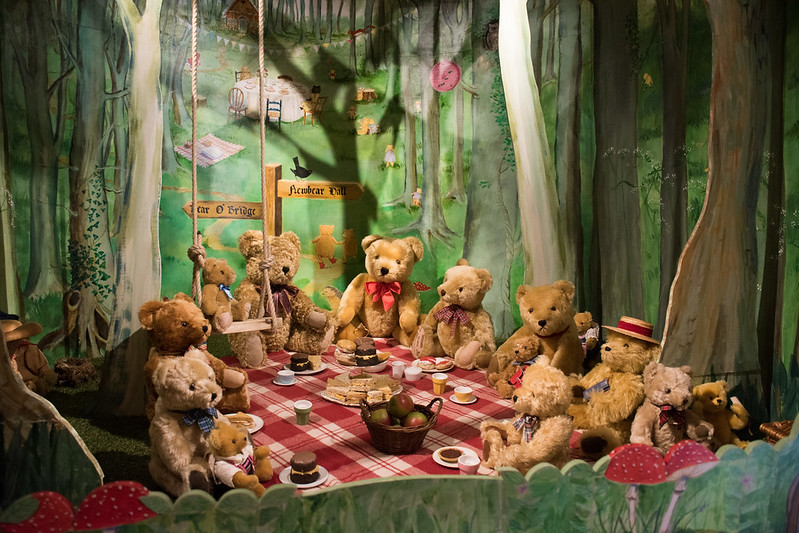 It is not just that forests feature in literature, it is that some of these tales would not be the same without the forest.  There would be no testing ground, no space for initiation, no tricky challenge to overcome.  There would be nowhere to hide from adult eyes and nowhere to be explored and conquered.  For forests hide secrets and forests make it easy to hide in a way that most landscapes, with horizons that stretch to the clouds, do not.

We have forests in poetry across time as well as in songs.  If you go down to the woods today and I had a Little Nut Tree are just two examples of trees in nursery rhymes.  We have Tie a Yellow Ribbon Round an Old Oak Tree, Black Horse and the Cherry Tree* and of course, all of the Christmas related tree songs.

*Perhaps not the most obvious tree songs but I’m not very good at remembering song titles!

How does the state of forests today affect these stories?

Forests are changing, we’ve already seen that today’s landscape is very different to that of the past.  And how we use forests and the type of trees within them is changing.  That is to say, we are changing the very essence of the forests which are held within the tales we’ve looked at.  What does that mean for the forests and what does that mean for the stories?

On the one hand, we have the argument that the forest still permeates our arts and lives and on the other hand, the idea that as ancient woodland disappears, so too does our cultural associations with the forest.

“The deepwood is vanished in these islands – much indeed, had vanished before history began – but we are still haunted by the idea of it. The deepwood flourishes in our architecture, art and above all in our literature”
– Robert Macfarlane

“Many untold memories, ancient fears and dreams, popular traditions, and more recent myths and symbols are going up in the fires of deforestation”
– Robert Pogue Harrison

The nature of fairy tales and oral stories means they do change over time, but we must be careful not to lose the forest of literature altogether.  Perhaps take a moment and ponder, what does the forest mean to you?  The literal and the fiction versions.  How has one influenced the other for you?

One thought on “Beyond the fairytale forest”