When I started to think about what to look into this month, bird song was an obvious choice.  There’s been many a morning when, at 3am, unable to sleep, I’ve had the pleasure of hearing a little tweet coming from outside and it has been very comforting.  What I didn’t realise is just how many subtopics there are when it comes to bird song…

Why do birds sing? How do they sing?  How do humans interact with bird song?  How are bird songs represented in music, poetry and literature?  How do birds hear songs?  Do they hear them the same as we do?  What is it like for bird watchers who lose their hearing?  How else to birds communicate?  What about birds who can’t sing?

Spoiler: I won’t be answering them all! 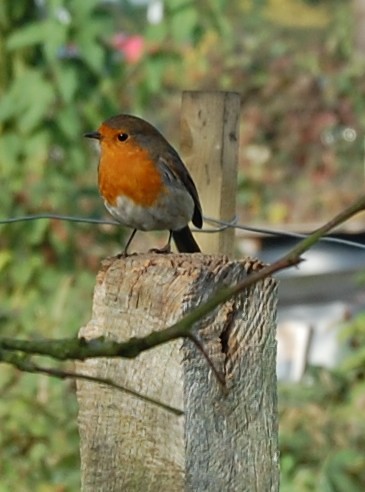 Who, why and when?

Well, firstly, there’s a common misconception that it’s only the female birds which sing.  In the UK in general, it isn’t.  And as a disclaimer, everything I’m saying here is generalised, there are a lot of birds out there and there are exceptions and I’m sure there are still many bird species left for science to discover.  So yes, in general, it’s the male birds which sing.  In the UK.  Well, in Europe and the Americas.  In the tropics and parts of Australia and Africa, females often sing as much as males.  And some of this is to do with why birds sing.

But not all birds sing, or call.  Some communicate in other ways or complement their vocalisations with other displays.

This question has some straightforward answers but I’d also like to add a note that we aren’t inside a birds mind so we can’t know why it does everything, perhaps some birds just like the sound of their own voice.  The scientifically researched answers are to attract mates and to hold territory.  There are also alarm calls.

Before I look at this in a bit more depth, I want to consider what bird song actually conveys to the bird who is listening.  Firstly, it tells the listener who is singing, that includes what species they are and can include which individual is singing.  It also says where the singer is, giving detail about direction and distance.  And it gives the listener information about the quality of the singer.  All of these are important things if you are a bird.

When it comes to areas where females sing as well, we find that there is less seasonality and this means there isn’t a breeding season as such.  Because some years food can be scarce, these birds need to mate when conditions are right, regardless of the time of year.  It is thought that singing, especially duetting, brings both the males and females into ‘season’ and hence they can reproduce.

In areas where the males are the ones who sing, they do so to attract mates – and hence it’s useful for the female listener to know that the male is the same species.  Their singing advertises their attributes and the best singer gets the best mate.  Experiments suggest that the quality of a males song is related to their sexual fitness and hence an indicator of how well his young will fare.  It’s also been shown that parasites and diseases may affect his song and thus are a helpful sign of his health.  Songs can also signal other characteristics such as their exploration behaviour which gives insight into their boldness, dominance, their foraging skills and their ability to learn.  In Great Tits, the repertoire size and singing activity (the number of songs) have been shown to be important in mating selection, with the latter being a reflection on the males exploitative behaviour.

When it comes to territory, the information shared in the song is crucial.  If you hear a bird singing nearby, you need to use the location information to establish if it’s within your territory.  There is no point wasting energy fighting off another bird who isn’t actually a threat to your land.  If it’s borderline then knowing who is singing is important.  If it’s a neighbour, you will react differently than if it’s a stranger.  Long term neighbours are probably not a threat to your territory – you’ve got a mutual understanding that you don’t push the boundaries if they don’t.  If it’s a stranger on the other hand, you’re going to need to get ready to confront them.  And singing is one of the tools in your toolkit.  If your song tells the intruder that you’re strong and tough and ready for a fight they will hopefully back down before further measures need taking.

When it comes to alarm calls, the message can be specific with one type of call to warn of a ground predator, another to warn of aerial ones.  Sometimes other species of birds have learnt to react to these alarm calls.

Another use for song is to help birds ‘see’ in the dark.  These types of vocalisations are used by species which live in caves like swiftlets.

Obviously some of the answers to why birds sing will answer the question of when they sing.  We know now that birds sing to attract mates, so will sing during breeding season.  They also sing to stand their ground or warn of threats and this are going to happen to some extent all year round.  But in terms of time of day, the most popular time for birds to sing is the dawn chorus, about 40 minutes after day break.  Having said that some species start before this including the wren, robin, song thrush and blackbird.

Of course, nocturnal birds will sing at night and in the UK, this includes owls, nightingales, corncrakes and nightjars.

In part two, I’m going to be looking at mimicry and after that, bird song in human culture.