This means I will start getting back into it now that the summer holidays are over and the school year has begun again!  Expect more tarot and animal spirit posts as well as I’m planning – long term – to work through all my animal allies cards, my animal totem tarot cards with a focus on the animals.  I’m also planning – very long term – to work through all the tarot cards, having been inspired when I started with the ten of swords.

There are so many directions to take the nature and writing in and I think this is partly why I’ve not done much recently.  I was really clear about the different topics for the different months and now I’ve covered a lot of these, or at least touched the surface of them, and I don’t know whether I want to return to a topic or go with a new one!  So many choices and so little restrictions!  I think that’s why I’ve been doing the tarot and animal allies posts because then I’m not having to decide what to focus in on!

Animal Allies wise, I have the following to look into:

As well as looking forward, I wanted to look back. I’ve been retired for over two years now and whilst I retired in May 2016, it was the September when things finally started to fall into place so I could have a life.  I decided that September 16-17 would be a bit of a ‘gap year’ for me.  I was overwhelmed at retiring, at having lots of things I wanted to do with my life and unsure what and how much I could actually do if I wasn’t destroying myself working.  It felt like there were so many directions I could go in and yet I didn’t want to commit to just one.  In the end, the gap year involved a good mix of things; art, Saturday classes at the university, writing and reading.  It was January 2017 when I started on my animal spirit posts and it was from there than I formed my nature and writing project.

I had a feeling before but now I know for certain that I am a lot happier when I have projects like these which are long term but with smaller short term chunks (the entire deck of oracle cards but also each individual post).

I have also finally found the kind of writing that comes naturally to me at this stage in my life.  As a child I wrote a lot of stories and created magazines and newspapers for fun.  As a teenager I wrote an awful lot of (probably quite awful) poetry.  I was a prolific poet and it just streamed out of me without much thought or effort.  As an adult I have tried to recreate the stories and the poetry but its felt forced and definitely didn’t flow as it once did.  This year whilst I was reading and writing and learning, I came across the term creative non fiction and it felt like a validation that my posts about animals, about nature, are creative and they do count as creative writing.  Because they are non fiction I had essentially dismissed the creativity in them.  And because they weren’t in a voiceless, facts only style I had dismissed them as non fiction. It wasn’t until I found the term creative non fiction that I was able to figure out what my writing is and from there I can learn more about the style and how to improve and explore different techniques.

There have of course been lots of other realisations and discoveries in the past year of my nature and writing project but the thing I am most proud of is that despite having 6 months of being incredibly ill, I didn’t give up.  I had to change goal posts and I had to instil patience in myself because I wasn’t physically able to do what I wanted.  I also had to spend my energy fighting for help when I wanted to be doing my nature and writing project instead.  But despite this, since I started it last September, I have written over 165,000 words and 186 blog posts.  I have carefully researched the topics I talk about and have done some really interesting reading and watching of documentaries to fuel what I am writing about.  For a year which involved six months of starvation (literally… I couldn’t swallow much food…), I’m pretty proud of myself.

I couldn’t possibly chose a favourite topic or post but the one I find myself telling people about more than any others is the post I did in October about the very real and very serious cases of animals in court on trial.  If you read nothing else I’ve written (except obviously some of this post to reach the link…), read that. 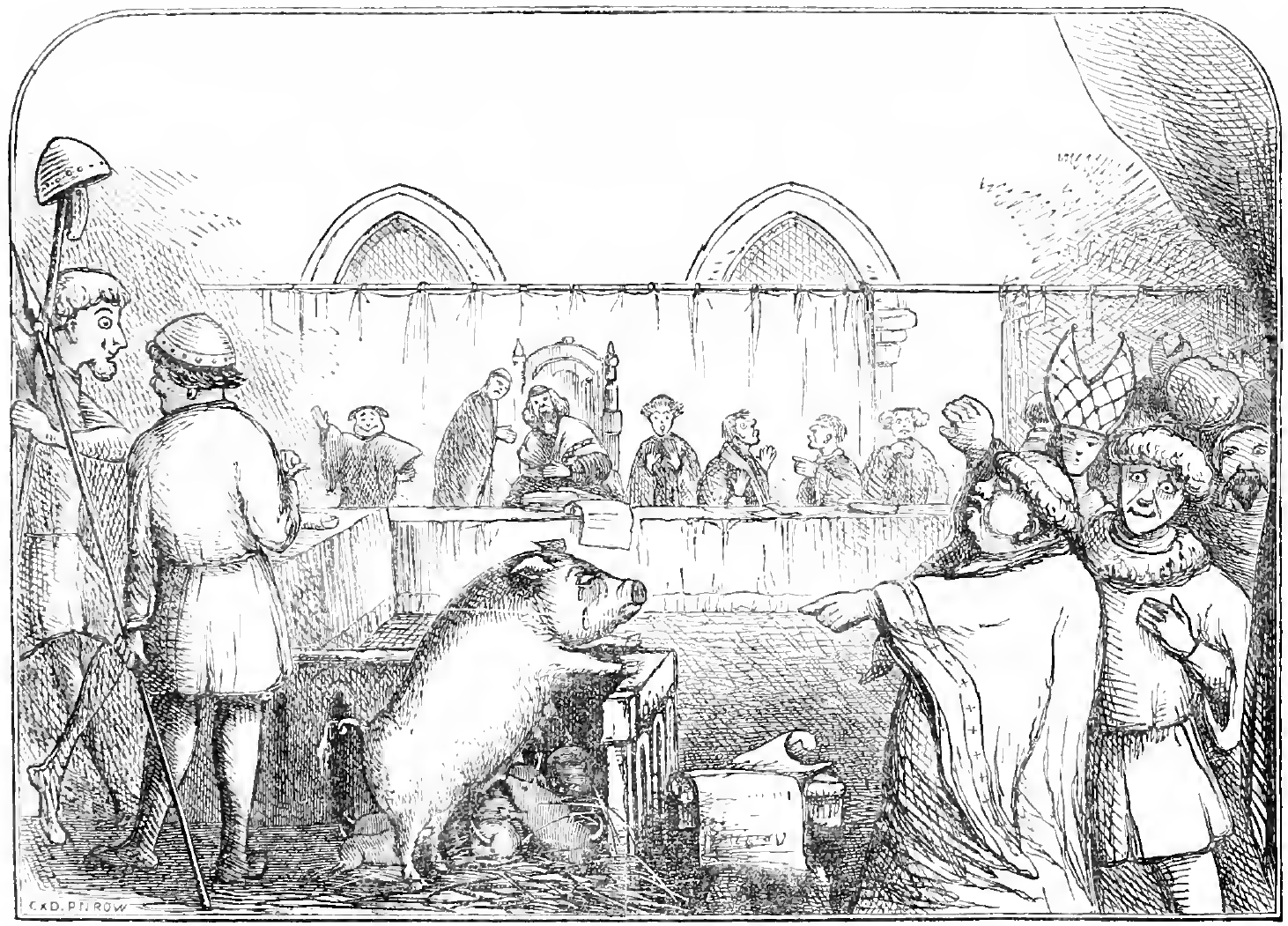 Illustration from Chambers Book of Days depicting a sow and her piglets being tried for the murder of a child. The trial allegedly took place in 1457, the mother being found guilty and the piglets acquitted.