On twitter the other night, I saw a thread.  I was going to just embed the tweets but wordpress isn’t cooperating with that… It does promise me a new editor is coming soon… Personally I think they’re trying to frustrate me into buying the black friday offer but I shall persevere!

#awakeonasleepin a few days ago, I saw somebody use the hashtag #realcarersdontquit in relation to the new article [pictured] below: 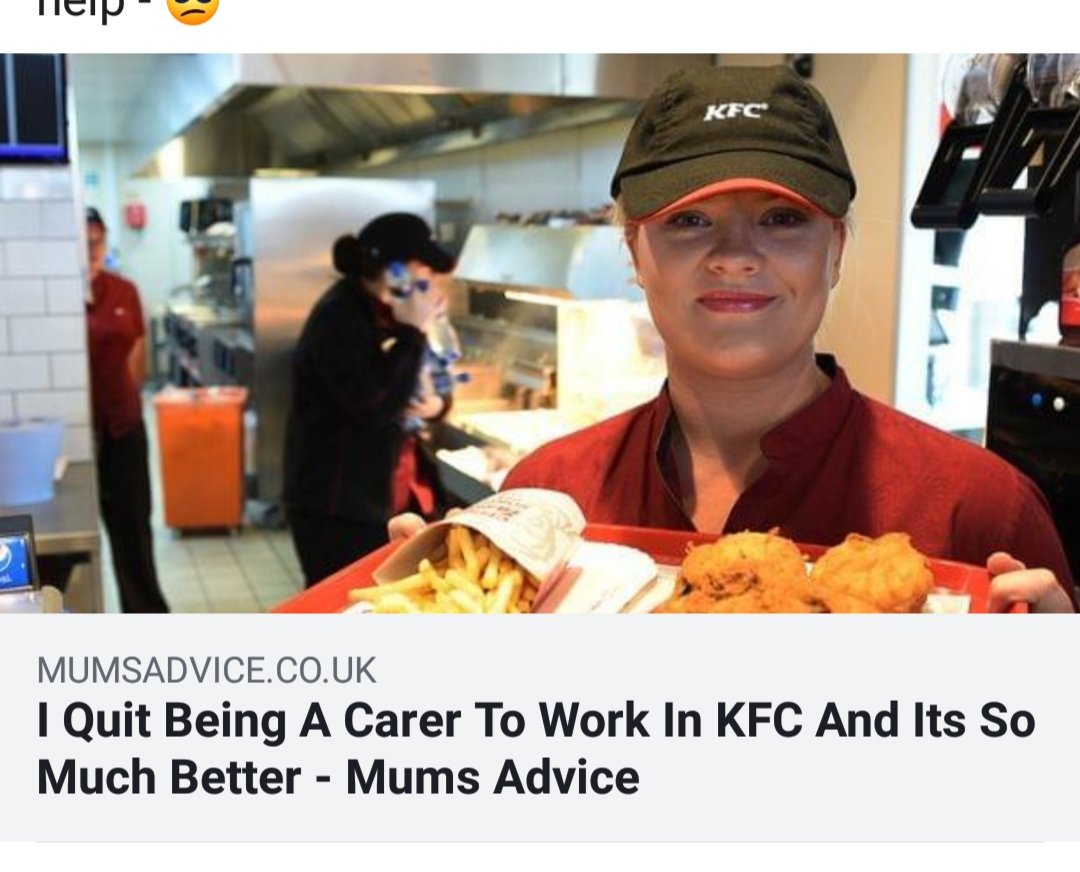 Now while I’m sure this person didn’t mean any harm, it got me thinking about the negativity carer workers get if the complain about poor treatment or move out of care work. For example when I’ve spoken out about poor treatment I’ve been called a “troublemaker” or if I’ve refused to do 3 18 hr shifts on the trot I “clearly don’t care enough about service users” or I’m “selfish”.

There seems to be this expectation that in order to be a “good” carer you have to sacrifice your own life/time/money/health. A lot of companies play on carer workers guilt and it fucking pisses me right off. I saved a clients life when they stopped breathing during a seizure, but because I don’t want to do a 36 hr shift with no sleep & I want to be paid [National Minimum Wage] for all time spent at work I’m a “bad” carer? Fuck right off.

Choosing to leave a job which doesn’t pay enough/pushes you to breaking point/ any other reason & speaking up about poor treatment DOES NOT make anyone a bad carer, nor does putting up with poor treatment, and pushing yourself to the point of exhaustion make you a “good” carer. What makes a good carer is your intent, the effort you put in, making sure your client is happy, putting a smile on their face, supporting them wherever you can. It’s so damaging to the industry as a whole for staff to keep taking poor wages/ treatment and being told that’s what makes a “good” carer. If we allow it to continue, then it will and in the end both ourselves & clients suffer. Yes at times you will need to go above & beyond in your job, but wanting a quality of life and caring for yourself too is allowed & under NO circumstances does it make you a bad carer. This needs to stop.

& I’ve noticed some fellow carers buying into this too. “Well I did this many hours & I did this, blah blah I’m a Better/ more dedicated carer”. Well good for you but no you’re not everyone is different. A bad carer is somebody who abuses clients, steals from them, doesn’t treat them with respect/ dignity etc. (& these people shouldn’t even be in care anyway) not somebody who doesn’t want to do another 24 hour shift because they’re so exhausted they can barely keep their eyes open, or somebody who whistle blow, or somebody who finally had to leave their care job because it was too much.

Stop competing and start supporting each other. Care is not A competition. & companies who put this kind of pressure on their staff should be ashamed! Rant over, happy Monday.  #realcarersdontputupwiththisshit

Later followed by this:

(I have tidied up the format because tweets don’t work so well in a long paragraph and changed a couple of spelling mistakes which Laura acknowledged.)

After retweeting the entire thread, I threw out a few of my own (late night) thoughts on the matter and made a note to elaborate in a blog post.

I want my carers rested before handling my meds. I want my carers to have a high quality of life because it increases the quality of my care and my relationship with my carer. I want my carers in the job because they want to be, not cos jobcentre deems it low skilled and thinks everyone can do it cos there’s no entry qualifications. Far from it, only select people make good carers, I’ve had many bad ones. Both bad at the job and bad cos they were in it for the wrong reasons.

I also linked to a few previous blog posts:

Whilst the how to be a carer posts are humorous, they are based entirely on experiences I have had with carers and they do a great job of highlighting that not everyone is suitable for care work. In fact, in my experience, very few people are.

I agree that there shouldn’t be any entry qualifications for carers but that doesn’t mean it’s low skilled.  Each client is different, with different needs and different ways of doing things and that can only come with personalised training.  And as you get to know and work with new clients, you’ll come across certain needs which do require a qualification or specialised training such as administering medication through a peg.  But I strongly feel that learning these as you need to is more helpful than expecting carers to know how to do them before ever meeting a client.

I’m also very keen to ensure that my carers aren’t taken advantage of by their managers.  With my old care company, it was down to the carers to tell give me my care rota, and thus the bad news that once again I wasn’t getting what I was entitled to.  It was also down to them to tell me when my hours changed and when my care was cancelled and whilst I knew they were just the messenger, you end up in an awkward situation.  The client is frustrated or in some cases actually in a dangerous position because of the changes eg missing medication and the only person to express it to at that moment is the carer.  The carer also knows that this is a potentially dangerous situation and then feels awful and often guilty and I have had carers offer to do things unpaid because of that.  Or to do even more overtime than they’re already doing.  Both of which are potentially unsafe.  I was very clear that my carers shouldn’t be guilted into doing things but the practice is common place.  After months of being taken advantage of in this way, one of my carers did start putting her foot down but she should never have been in that position in the first place.

As I said earlier, I want my carers to have their own lives.  It makes them healthier, happier and better rested individuals who have more to talk about because their life is more than just their job.  Yes, some people go into care because they want to do the job for the right reasons but that doesn’t mean they shouldn’t get paid properly for it.

Poor wages also mean that a lot of people can’t continue to work in care, even if they want to.  At some point their life changes, maybe children arrive and household spending increases.  Unless that person wants to progress to a team leader or management role, they either have to struggle with low wages, or find another job.

Carers make a huge difference to people’s lives, they reduce hospitalisations and help to maintain people’s health.  Without them, I don’t think the country would cope.  Valuing care workers means wages that reflect the roles they carry out and protecting their non work lives so they can continue to give all they have.

At times you will need to go above & beyond in your job, but wanting a quality of life and caring for yourself too is allowed & under NO circumstances does it make you a bad carer.
– Laura

One thought on “Why we should value carers”