There are many many different words for bodies of water.  We have the ocean, seas, bays, estuaries, springs, rivers, lakes, brooks…

And on top of the geographic language, there are interesting regional words and this is what I want to look at.  I’m honing in on Yorkshire and northern England as that’s where I live but even with that focus there are still many words so here are just a few:

As well as there being a vast array of words to describe different types of water, it is also interesting to look to the names of the individual bodies.  For example, in York, we have the River Ouse which some people believe comes from the celtic word usso*, which literally means water.  Other Yorkshire rivers are also named for water (such as the river esk from isca and the river don from dana) and we find yet more rivers being named after celtic nymphs and goddesses.

*another theory is that it is derived from udan, a Sanskrit word for water 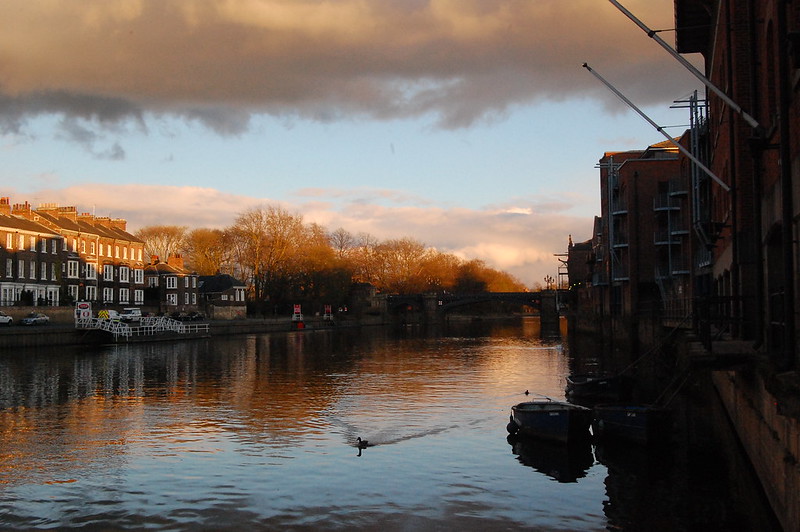 As I discussed a few months ago, we can gleam a lot about the history of a place when we turn to their names.  The same is true of water.  For example, if we know somewhere is called Ings, we know that is likely to have been used as a flood meadow in the past, even if this is no longer the case.  Another example is the wonderfully named Blubberhouses gets its name from the medieval blubber, used to describe the foaming or bubbling of the sea, and probably referred to the turbulent flow of the River Washburn.

The famous Knavesmire Racecourse gets its name by combining a person’s name with a landscape descriptor; Knorr (a personal name) and myrr (meaning marsh).